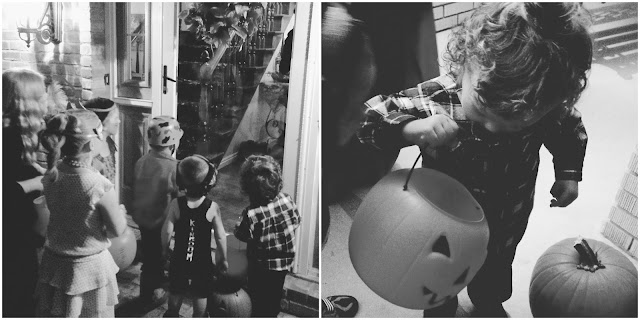 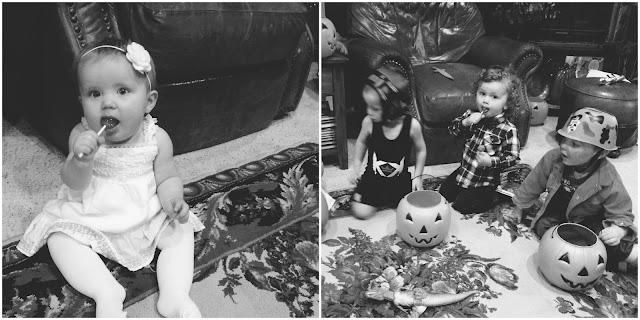 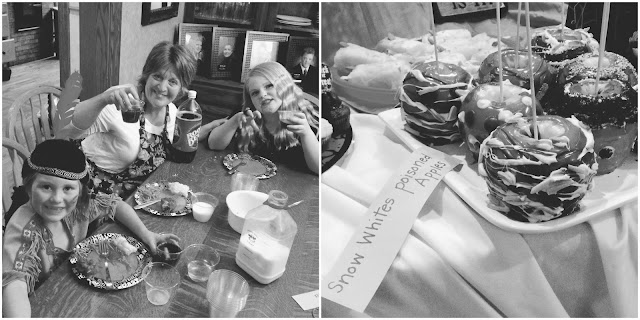 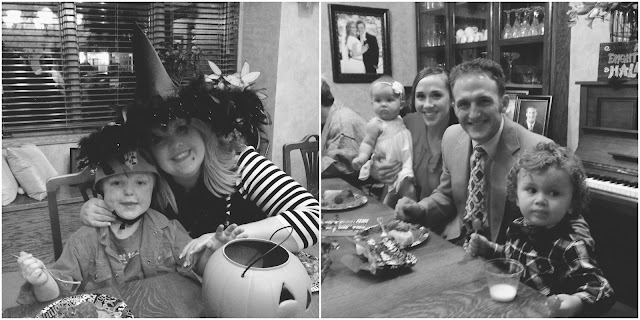 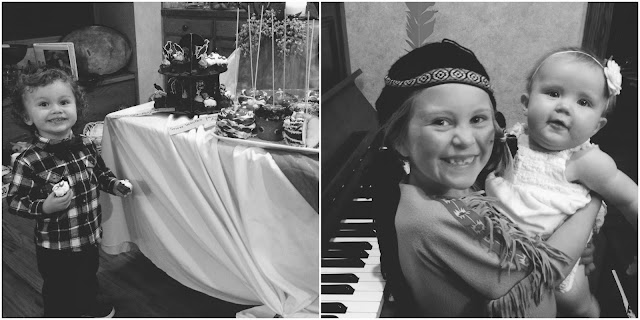 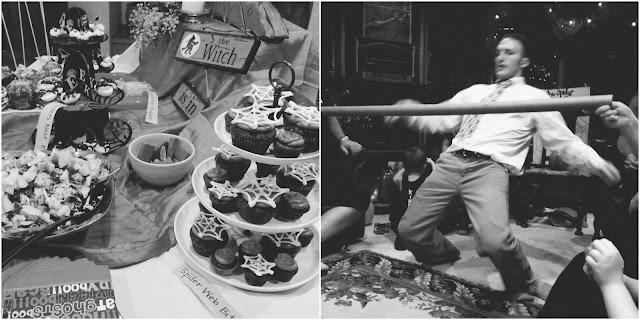 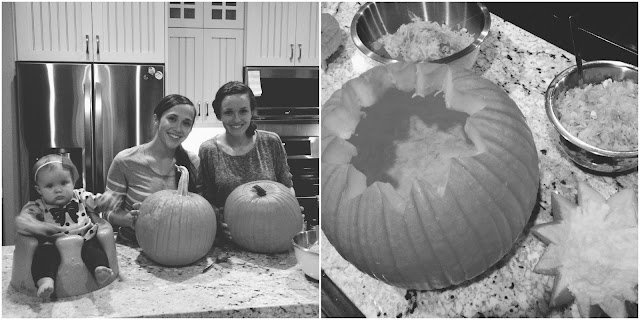 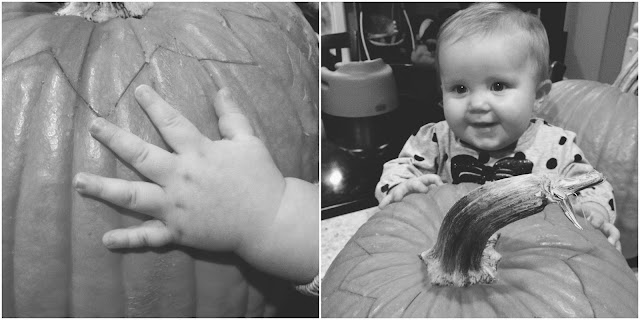 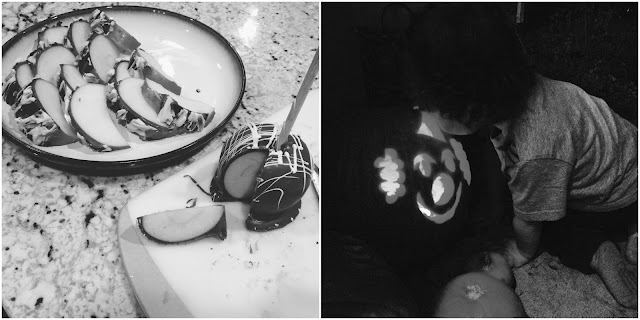 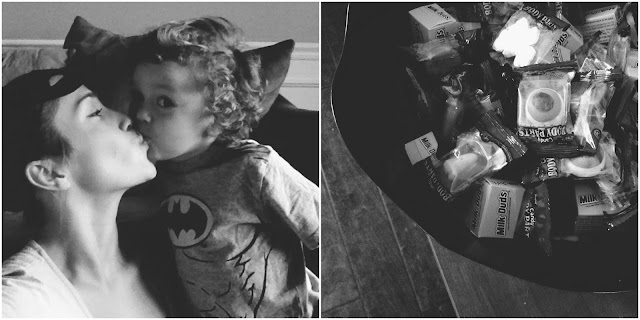 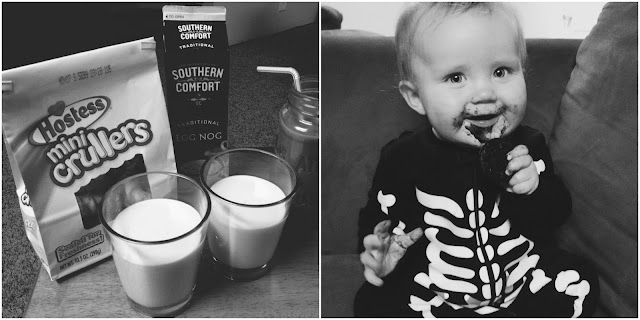 We're fans of leftovers over here. So even though Halloween has already come and gone, I thought I'd share just a few 'leftover' photos and memories from our Halloween festivities. :)

This past Monday night we had a blast at the Kjar Family Halloween Bash. We kicked the night off with trick-or-treating around the neighborhood (being as it wasn't actually Halloween night, Mama Kjar was so sweet and took candy to a few neighbors so they'd be ready for the dressed up Kjar cousins who came to their door). Other than being spooked by his Uncle Ben ;) Brooks loved it! And Ava loved the sucker her cousin Samson gave to her. :) After a dinner of "rat" meatballs on "bloody" spaghetti, and other spooky and festive treats, we played some games and laughed the night away. Oh and Limbo happened, which Adam was crazily good at. ;) It was hilarious watching him and Ben battle it out to see how low they could go, haha!

Tuesday night Adam's cousin Landon and his lovely wife Alyse came over to carve pumpkins and eat some tasty caramel apples (thanks to Penny & Becca!). Because Alyse and Landon live in New York our get togethers are few and far between, so honestly most of the time was spent talking and laughing and catching up. We only got the lids carved and insides of our pumpkins gutted. Thanks Alyse for doing the hard part! ;) Next time I vote we see you two in NY!

And Halloween night for us was a cozy night at home sweet home. I carved a clown into one of the pumpkins and put tea light candles in mason jars on our front porch for the trick-or-treaters.  In his Batman shirt, Brooks loved answering the door for all the dressed up kids who came to trick-or-treat for candy...and he got a piece every time we opened the door. :) After he was in bed, Adam, Ava, and I enjoyed hot cocoa, donuts, and eggnog while we watched 'Modern Family'...oh and Aves loved every bit of her first Oreo, double-stuffed with orange creme. It was a Happy Halloween indeed!

And just because I can't resist any opportunity to dress up these cuties... 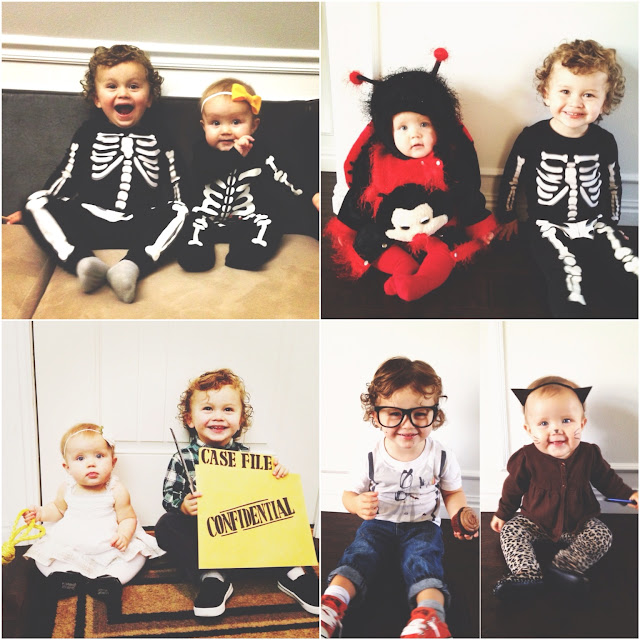 Too fun! I love all the costumes and the setup for the Halloween bash. I so wish I would have thrown a lil party this year!

Yes! Come to NY :) BUT maybe not right now... It's slightly chaotic here at the moment. But soon! I've said it before, but it was beyond good to talk to you and see you. I hope it's not too long before we get to do this again! And I'll take it in UT or NY :) Love you!

LOVE all these fun cute pics. can i come to your party someday? haha, but seriously.

So much Halloween goodness!!! Love all of the kiddos' costume transformations...they are ALWAYS the cutest.

Isn't pumpkin carving the most fun? I love the photos...and Adam limbo-ing? SO cool!! I haven't done the limbo since grade school, and my life definitely needs more limbo!!! ;)