A couple weeks ago I wrote about how Brooks wasn't feeling well and I really knew something was wrong because he was just not himself and pretty unhappy :(
After getting tested, and coming out positive for RSV (a respiratory virus) we knew it would just have to take it's course...no antibiotic could help.
(except for some Ammoxycillin which helped with a little infection in his right ear...poor little guy!)

A huge part of the sickness is that Brooks was really congested and had a lot of mucus build up...which made it hard for him to eat and sleep much at all. That week he had a few sleep overs in Mommy & Daddy's bed.

But THANK GOODNESS FOR MODERN MEDICINE...we took him to his first hospital visit for a "deep suction" where the nurse threaded a catheter down his nose and sucked out the mucus...those boogers didn't even see it coming ;) It helped IMMENSELY with him being able to get a full night's sleep again, which I know helped him heal-up faster. He slowly but surely ate more too :) We went back 2 more times, and now he's doing better than perfect! For journaling sake I snapped a few pictures... 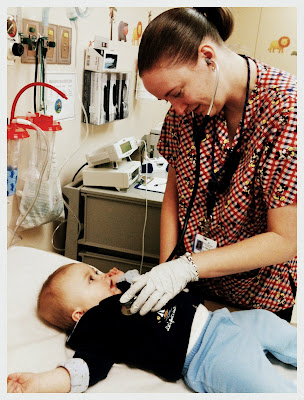 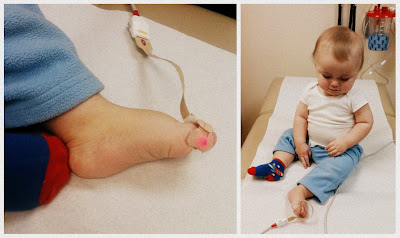 {Brooks wiggled his toes and wasn't quite sure about the band-aid-looking-thing that measured his breathing...again, modern medicine is amazing.} 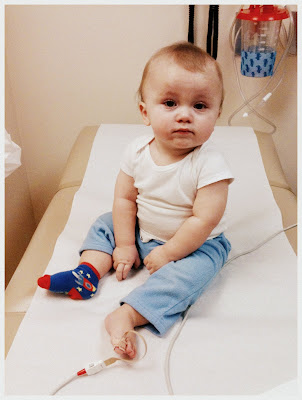 {this picture captures how sad our little guy was...} 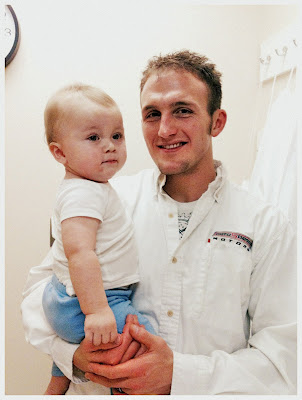 {after the deep suctioning...happy and RELIEVED to be in Daddy's arms} 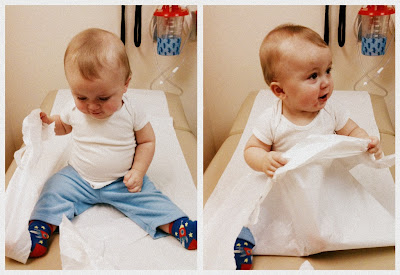 {The table-paper definitely cheered him up too! He's such a trooper...laughing and playing even though he was sicker than a dog. I just think he was glad to not have that "spaghetti noodle" down his nose any more} 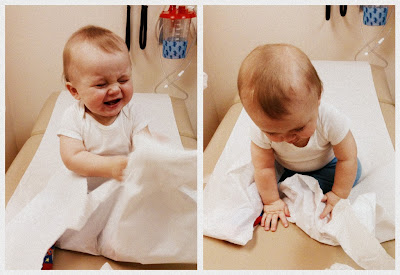 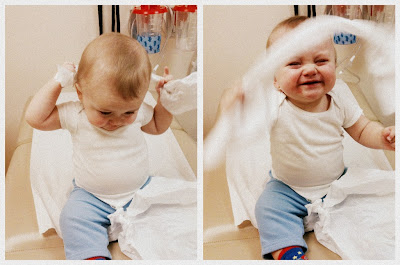 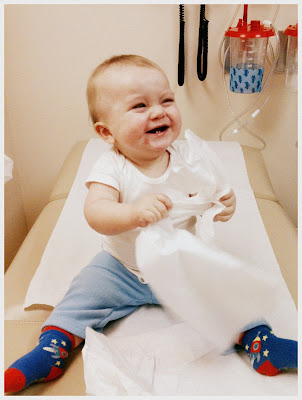 And THANK GOODNESS FOR CADBURY MINI EGGS!!
(random, I know...) 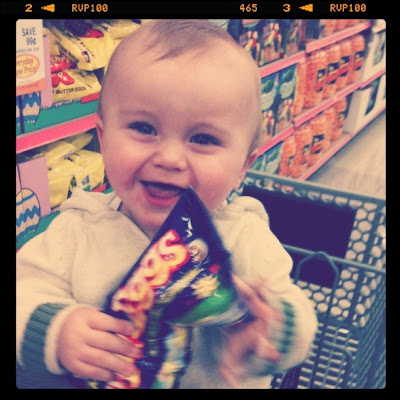 I jumped and did a little heel-click in the store when I saw these bad boys on the shelf next to all of the Valentine's candy (okay, maybe I didn't exactly jump)...and in this case, I am not going to complain for one second that they brought out holiday merchandise 3 months early.

Cadbury Mini Eggs are my weakness...I can eat a whole bag in one sitting (well, one day).
yowza. 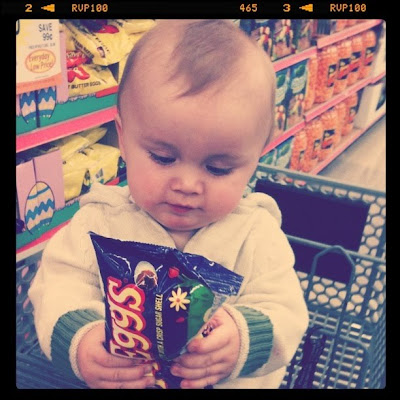 {Brooks checking out the goods...and goes for it!} 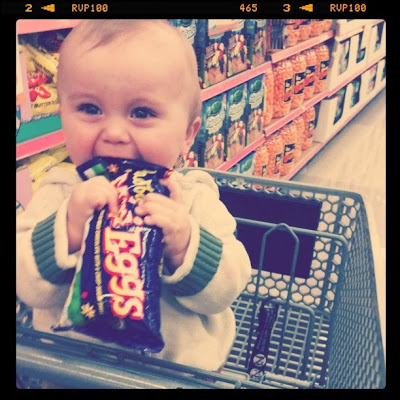 If you haven't tried Cadbury Mini Eggs...DO IT. You're life will get a whole lot sweeter.
(and heads up, they have them around Christmas time too! brilliant)
Posted by Haley at 1/31/2011

Someone should invent an in home bugger suction device for children and adults. Think of how nice it would be during the cold season. Hmm...maybe this is how I will get rich and afford my fabric buying habit. Glad your little man is feeling better.

Aww poor little bugger - so glad he is feeling better and back to his normal self. How cute are the paper pictures - Liv totally does the same thing :)

Cadbury mini eggs are also my all time weakness.. in Canada now they sell them year round (starting last year).. can get them ANYTIME i want :) Love it!!!1

Oh my goodness I cannot even get over how precious sweet little Brooks is. I'm so glad he's feeling better!

And don't get me started on Cadbury mini eggs... :)

That picture of him looking up at the nurse is just so tender! I'm so glad to hear that he is feeling better!!

Poor little man - it must be horrible to have a strange lady put a a suction tube up your nose. It looks like he was so brave. Hope he's doing well.

And agreed, mini eggs are amazing! Guaranteed to cheer anyone up, young or old!! x

I live ALL YEAR LONG just to reach the season of Cadbury eggs. I LOVE LOVE LOVE the mini eggs. I can't find any big bags around here right now but I did find some personal size bags at a local gas station... resulting in two separate trips for the sole purpose of picking up a bag. :)

I'm glad he's doing better! Did it worry you to see them 'hooking him up'? I don't do well with hospital/body stuff - I'm super squeamish. He looks like he did a good job though being a good boy!

What a sweetie to be so good at the doctors office- I would have loved to be a fly on that wall, he looks so darn cute!

I love Cadbury eggs...therefore, I dont buy them! I dont eat them in one day, I eat them in 1 hour and then go back for a refil!ha!

Wow the contrast between Brooks in the one where he's sitting up on the hospital bed and the one with the Cadbury eggs is huge! It broke my heart to see how drained he looked, but what a blessing it is that he is doing better! He's been in our prayers. :)
Can't wait to see all of you next month! and there WILL be Cadbury present as well, i'm sure. xo

i cannot get over the cuteness of those photos. so glad your little guy is doing better. modern medicine is truly amazing.

Glad he is feeling better. It is no fun when those little ones are sick! Those Cadbury eggs are evil...pure evil. I may or may not have eaten an entire bag in one sitting...just sayin'!

Oh my. Bless his tiny little heart! These pics of his little self make me melt! Big eyes. Awww.

I'm so happy to hear he is feeling better!! And cadbury eggs do make life sweeter for sure. :)

those are sweet photos of little brooks!

I just want to squeeze him...is that ok? Because that belly is to die for :) I'm so glad he's feeling better though! That's never fun to see your baby sick.