Pouring Soda in the Backseat

An excerpt from one of my favorite books:

"For a long time, a big part of my identity was 'bachelor uncle.' In my twenties and thirties I had no kids, and my sister's two children, Chris and Laura, became the objects of my affection. I reveled in being Uncle Randy, the guy who showed up in their lives every month or so to help them look at their world from strange and new angles.

"It wasn't that I spoiled them. I just ried to impart my perspective on life. Sometimes that drove my sister crazy.

"Once, about a dozen years ago, when Chris was seven years old and Laura was nine, I picked them up in my brand new Volkswagen Cabrio convertible. 'Be careful in Uncle Randy's new car,' my sister told them. 'Wipe your feet before you get in it. Don't mess anything up. Don't get it dirty.' I listened to her, and thought, as only a bachelor uncle can: 'That's just the sort of admonition that sets kids up for failure. Of course they'd eventually get my car dirty. Kids can't help it.' So I made things easy. While my sister was outlining the rules, I slowly and deliberately opened a can of soda, turned it over, and poured it on the cloth seats in the back of the convertible. My message: People are more important than things. A car, even a pristine gem like my new convertible, was just a thing.

"I ended up being so glad I'd spilled that soda. Because later in the weekend, little Chris got the flue and threw up over the backseat. he didn't feel guilty. He was relieved; he had already watched me christen the car. He knew it would be OK."

Those are Randy Pausch's words. He wrote, with Jeffery Zaslow, the book The Last Lecture. It's a fantastically inspiring, uplifting, real, quirky, touching book about a man's message of what matters most to him and what he'd learned throughout life. He was dieing of liver cancer at the time...first motivated to write and present this for his "Last Lecture" at Carnegie Mellon University where he taught...but overall he wrote his message for his three young children.

The moral of that small excerpt I shared is one I'm striving to live by. The monetary things in life are wonderful...I'm grateful for our home, nice (and not so nice;) furniture, a new kitchen with wood floors, our cars, our computers, our cell phones, our clothing, etc. But as a parent of a 1.5 year old...I know things won't stay in their original state forever. I do my best to look at the scratches on the hard wood floor from Brooks running his Tonka truck around the kitchen as etchings of his childhood. When I'm holding him in my arms and he's eating a piece of watermelon and he spills that pink juice on my favorite [cream colored] shirt, I just have to remember there's OxiClean and a washing machine at home...and maybe he was just wanting to share ;) And in the future if Brooks breaks a glass or draws a masterpiece on the wall with a Sharpie, I know the glass can be replaced and our paint store is just 15 minutes away...a few swipes of fresh paint and we'll be good.

I can [almost] always replace or fix things, but I can't replace the people I love most.
I'm so grateful my little B is teaching me patience and helping me become a more loving person. And hey, now that I think about it I clean up just as many of my own messes as I do his ;) 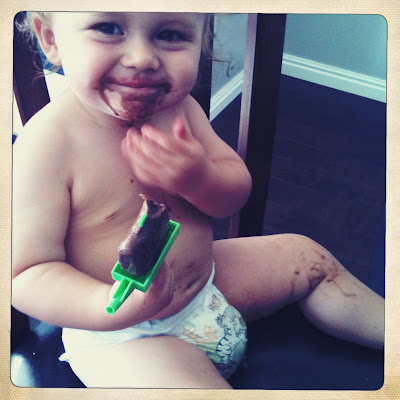 Thanks you so much for sharing. I am now ordering this book and can't wait to dive into it. :)

That was a great excerpt. People are much more important than things. I need to file this away for when we have kiddos! :)

Such an important lesson...and such beautiful reflections on MOTHERHOOD, and thoughts that I know so many of us have each day.

I honestly couldn't have read this at a better time. I struggled today when little Hudson spilled his drink on our leather sofa....it's awfully hard not get frustrated, but when I saw his sweet, confused face, I realized that I was wrong to show my frustration.

I am going to try to keep these thoughts in mind for the future.

Thank you for always having such an uplifting message....you are just the best. :)

p.s. that was Brooks High School (located in cute & small Killen, Alabama) in my post today! Isn't that just the neatest!! :)

I love the Last Lecture. I've read it and seen the DVD of his recorded lecture. Both were amazing. It's moving to think about losing the people you love especially when it doesn't feel like the 'right time'.

Thank you so much Haley! This blog was just what I needed to make me look at the bigger picture in life and really appreciate all the wonderful people I have surrounding me. What an uplifting message :)