Adam & I were lucky enough to be able to be on our ward's Youth Conference Committee. We've been so excited for the past few months...going to planning meetings, and working with some awesome people to coordinate a retreat for our Youth that they wouldn't forget and that would hopefully change them for the better. Adam and I were in charge of planning some fun games for a few hours each day...the kids were such a blast!!
The Youth Conference was held at a cabin up at Bear Lake. It was beautiful!! Even though it was a bit rainy and overcast almost the whole time, I was happy (reminds me of home -- Vancovuer, WA). Before heading out, the kids were divided into 5 teams (each with a leader) for a RoAd RaLLeY! It was a scavenger hunt that the kids thought was just supposed to pump up the energy and get them some prizes ;) but what they didn't know was that there were undercover actors planted along their way that were all in need of something...one was a homeless man in need of food & money...another was a woman at a cemetery mourning her young daughter that passed away, she just needed someone to talk to...another was a woman in a grocery store who dropped all her oranges. Even though helping these people was inconvenient for the youth (i mean, they were in it to win it!) and it would've slowed them down, every group did awesome and helped them out! We actually videotaped the actors after, asking them how the kids interacted with them, and they were all very positive :) Back at the cabin, the kids saw the video of the actors, and then we showed them a video of the Good Samaritan...teaching them that service usually never fits with our schedules, but it we'll be blessed for it!!
Oh, and on our way to the cabin we stopped by the Salomon Center in Ogden for some awesome activities...we're talking indoor sky diving (iFly) & indoor surfing/bodyboarding (iSurf)! The kids had a riot!! 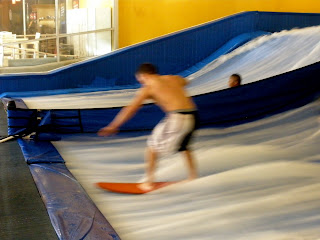 * Here's Adam showing us how it's done in the iSurf ...he's not a skateboarder/snowboarder like some of the other boys, so it took him a little bit to get the hang of it...but that didn't stop him! * 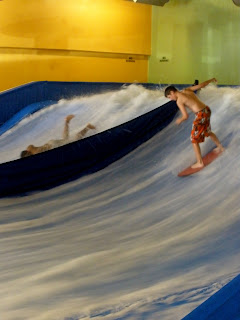 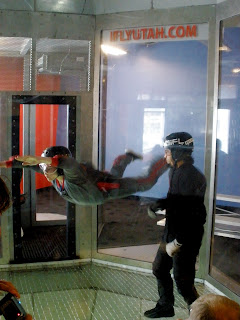 * Mitch in the iFly wind tunnel...their 1st time in the instructor keeps them pretty low to the ground and helps them get a feel for how everything works * 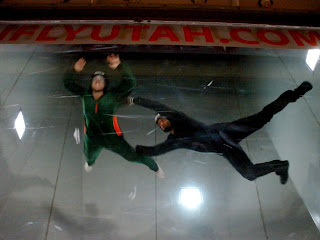 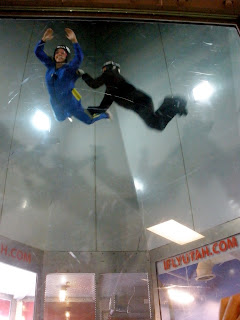 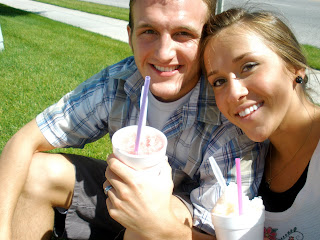 * Adam & I waited at Smith's to interview some of the actors from the scavenger hunt...it was sunny...and their was a SNOWCONE SHACK...perfect ;) * 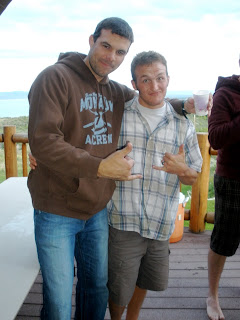 * Our good friend Chris & Adam outside with the guys...surrounding the BBQ * 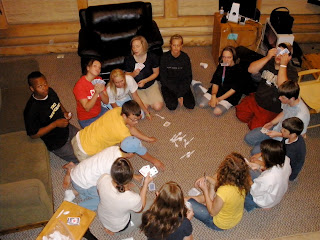 * I was the instigator of the late Friday night..."let's play another game guys!!" here's us getting ready for another round of SPOONS...i love our youth *
Saturday morning we got up, filled out bellies with a huge breakfast, and headed to Minnetonka Cave. It was a bit rainy, but we were prepared!! Garbage bags anyone?? 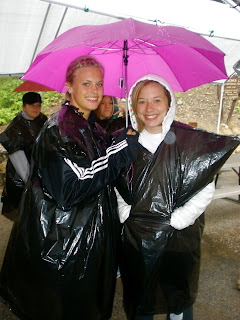 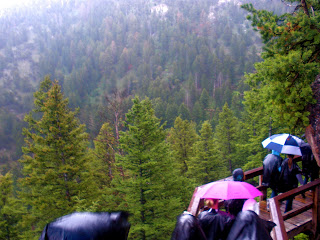 * Our little hike to the cave...gorgeous * 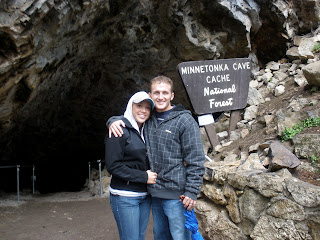 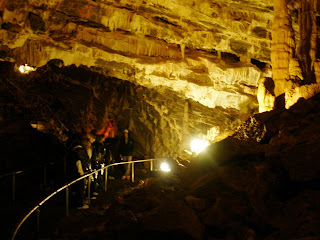 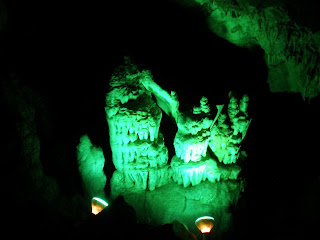 * They gave each formation pretty creative names, which made the tour pretty interesting! This one was Kermit's castle :) * 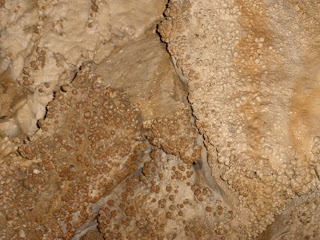 * these were my favorite rocks ... they're called Popcorn Rocks *
When we reached the very end of the cave, the tour guide (who just happened to be LDS) had everyone hold onto the "Iron Rod" and he would turn out the lights while he hiked back a ways...it was DARK...thank goodness for that Iron Rod! ;) 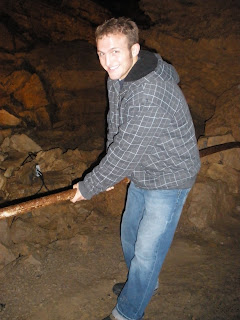 * Adam holding on the Iron Rod ;) *
Back at the cabin, we had everyone play a really fun game!! It's called "Who Did What." It's a great way to see how well you know people, and it helps getting to know them better too :) It was a hit!! 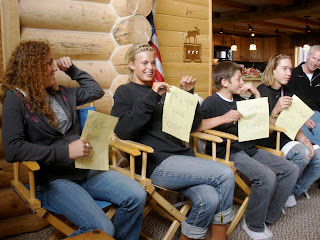 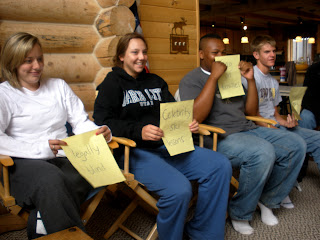 * Zach, 2nd from the right, trying to hide behind his paper cause he couldn't keep a straight face, haha!! * 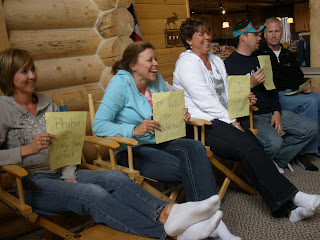 * The leaders had some great unique stories!! *
After lunch, we headed out for what was called the "Burden Hike." We expected it to turn out really great...
it turned out even better. 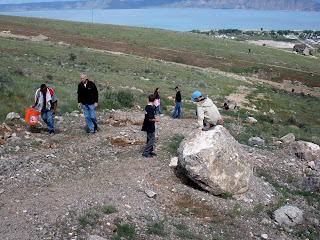 * Here's the hill the youth had to climb up...they were given buckets at the bottom, and told not to let the buckets touch the ground * 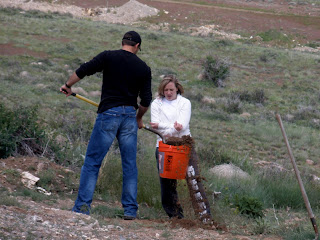 * Along the trail, 5 leaders were ready with a shovel to scoop dirt & large (we're talkin' some 30 lbs.) rocks (burdens) into their buckets, while telling them what the burden was...some said "you lied to your parents," others said, "you gave into peer pressure & started drugs" * 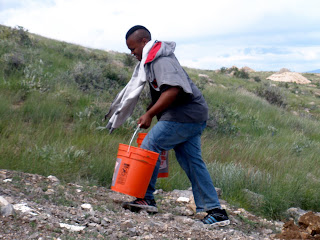 * The youth were really struggling toward the top...the buckets were full of "burdens" * 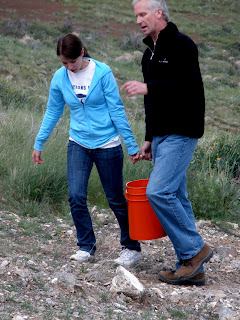 * but near the top, our awesome Bishop Howard waited for them...he was there to help them carry their bucket to the top * 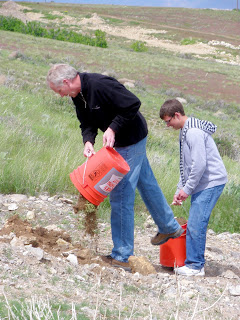 * After the Bishop explained to them that this hike is a lot like life, and we don't need to carry our "burdens" the whole way up, HE helped them get rid of their "burdens" & lightened their load * 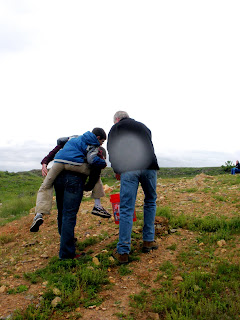 * Mitch, who has Asperger's syndrome & is pretty small for his age, was carried up by a leader...everyone was so touched by this Christ-like act of kindness * 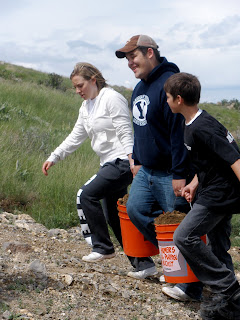 * And this was another awesome thing that happened, the last kid (the biggest and strongest) up the hill was James...the leaders filled his buckets to their max...he was struggling...but his brother, Michael, & sister, Hannah, came down to help him the rest of the way...Family is always there for you :) * 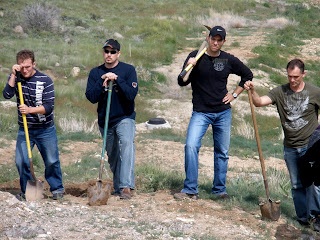 * Here are most of the men (Adam, Dave, Chris, & Chris) who filled the kids' buckets with "burdens" *
We had a solid testimony meeting at the top of the hill...I tell you, Youth Conference builds up the leaders as much as the Youth!! :) 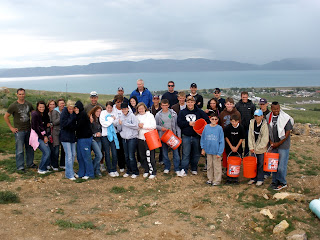 * Shepard View Ward Youth Conference 2009 *
Again, we felt so blessed to be a part of such a fun & uplifting experience with our ward...it gave us another confirmation that this is where we're supposed to be :)
Posted by Haley at 6/14/2009

Hi Haley! Thanks for the comment on our blog! I have to admit I look at your blog often. You guys are always doing fun stuff and say the sweetest things! Adam is a good friend of mine from high school so its fun to see you guys are so happy. It would be fun to get together! We live in Pleasant Grove--close to Provo. BTW, good job with youth conference! Looks like it was a blast!

What great ideas!! Thank you for sharing. How do you play the game Who Did What? I am looking for fun group games.