These photos are ones Adam took and sent me from the Olympic Trials today. He loved every minute being there and supporting his brother! 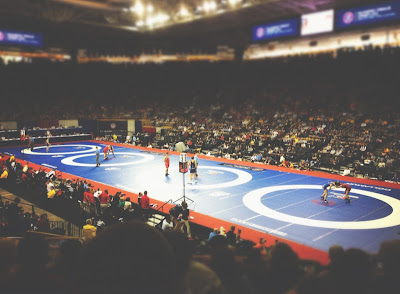 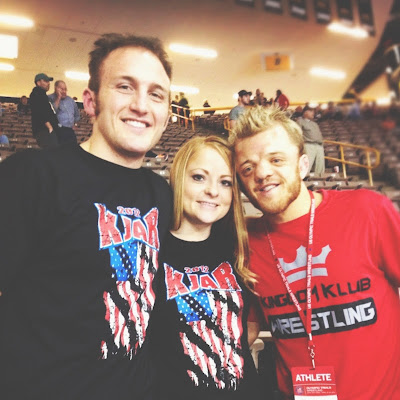 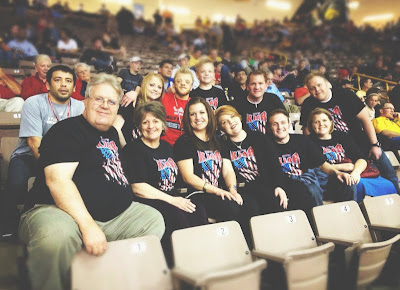 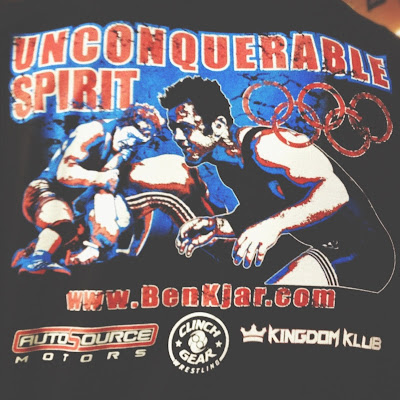 Ben wrestled with such heart today!!
Anyone watching could see he gave it his all, and put up an incredible fight. During Ben's last match I loved that I could even hear Adam and his family cheering in the background of the live video I was streaming from my laptop! :) After three awesome wins, and two hard losses, Ben took an incredible 4th place in the 55 kg weight class (121 pounds), quite the feat to say the least! Sadly it's the top three of each weight class that continue on and train at the Olympic Training Center, then the top two from there will go to compete in London this summer. But we couldn't be more proud if him!

After that last match, my brother Justin (who was also watching the live-stream online from his home) texted me this:
"Good for him, great example ... Ive come to
know that we are not our bodies , I make a living
telling people they are far more transcendent than their
physical etc, he's such an example of that as
his spirit is strong and his heart true, pretty cool"

I couldn't have said it better. We truly are more than our bodies. Now then, Ben happens to have an incredibly fit, healthy, strong body that he has trained hard and put much time and effort into...and some may say that that is the reason he has accomplished so much. But I know it is truly Ben's spirit that has got him this far...his unconquerable spirit.

AWESOME!!! Go Ben! That's incredible. Seriously, I have so much respect for wrestlers. My brother wrestled in middle school and high school and I just remember those first couple of years we referred to it as "struggling" versus "wrestling." You have to be so super strong in mind and body and how awesome that your brother-in-law has made it so far! Congrats Ben!

Ben is a WINNER no matter what, that's for sure!! I know you all are so very proud of him...and like I said before, he is SUCH an inspiration, and that is an amazing thing to be.

I LOVE the photos of the whole fam in matching tshirts...hooray for a strong support system!

I have no doubt that whatever Ben does from here will be VERY awesome. He is one in a million!

YAY! Congrats Ben:) This is so exciting! And WOW look at his family and all their support. Amazing

Congratulations to him! Even if he didn't make it, to come THAT close is just wonderful!

Congratulations to him! Even if he didn't make it, to come THAT close is just wonderful!

I think I told you this- I met Ben when I was visiting Utah one time and Kinzie and I went over to the house he shared at the time with his roommates. I was so, so impressed with him. His countenance was SO BRIGHT and I wanted to be better after spending a very short time around him. What a great accomplishment for him and I love what your brother said!

This is so random and I feel like such a stalker right now haha - but I was looking through your posts after stumbling across your birth story with your daughter and I found this. I totally went to HS with your husbands brother! I never knew him, just OF him and his wrestling abilities haha. What a small world! Also - Your posts about being a mom to your kids has had me in tears! I can't stop. Isn't being a mom the greatest?!